Invest Where It Matters

Public schools don’t need new polo fields, but they do need permanent, properly maintained buildings that allow students and educators to get the job done.

Government spending on school facilities and buildings has favoured private schools to an “astonishing degree”, says a new report by economist Adam Rorris.

The report, Investing in Schools Equals Funding the Future, examines government funding for capital works over the 10 years to 2018.

Private schools received more funds for capital works in seven out of the 10 years, despite having about half the enrolments of public schools.

In only three of the years of the period Rorris studied, capital investment in public schools exceeded private school funding due to the Rudd government’s economic stimulus program – the Building Education Revolution (BER) – in response to the global financial crisis.

“Investment in private school facilities is at least double that of public schools per student in any given year and, in some years, almost four times more,” says Rorris.

“The imbalance is enormous. It’s not just a little. It’s totally off the scale.”

Capital investment per public school student over the 10 years varies from an annual average of just over $1000 in Tasmania to as high as $2141 in the ACT, the report finds. But the average annual expenditure post-BER (2013-18) collapsed across all jurisdictions with Tasmania, South Australia and NSW having the lowest levels ($500, $572 and $610 respectively).

Rorris calculates that public schools were deprived of $21.5 billion in school investment for the first five years the Coalition was in power (2013-18).

As Australia looks to shake off the effects of the pandemic, there have been widespread calls on governments to accelerate capital investment to help stimulate the economy, says Rorris.

Public schools are ready-made sites for this kind of investment, which offers a long-term return that can’t be produced by private operators, he says. “And public schools’ distribution across the country in urban, rural and remote communities provides a scalable and effective way of delivering stimulus. Not to mention the positive effects on school participation and learning outcomes.”

Drawing on OECD research, the report estimates that capital investment in Australian public schools could help generate approximately $5.2 billion every year at an extra annual cost of $3.8 billion. 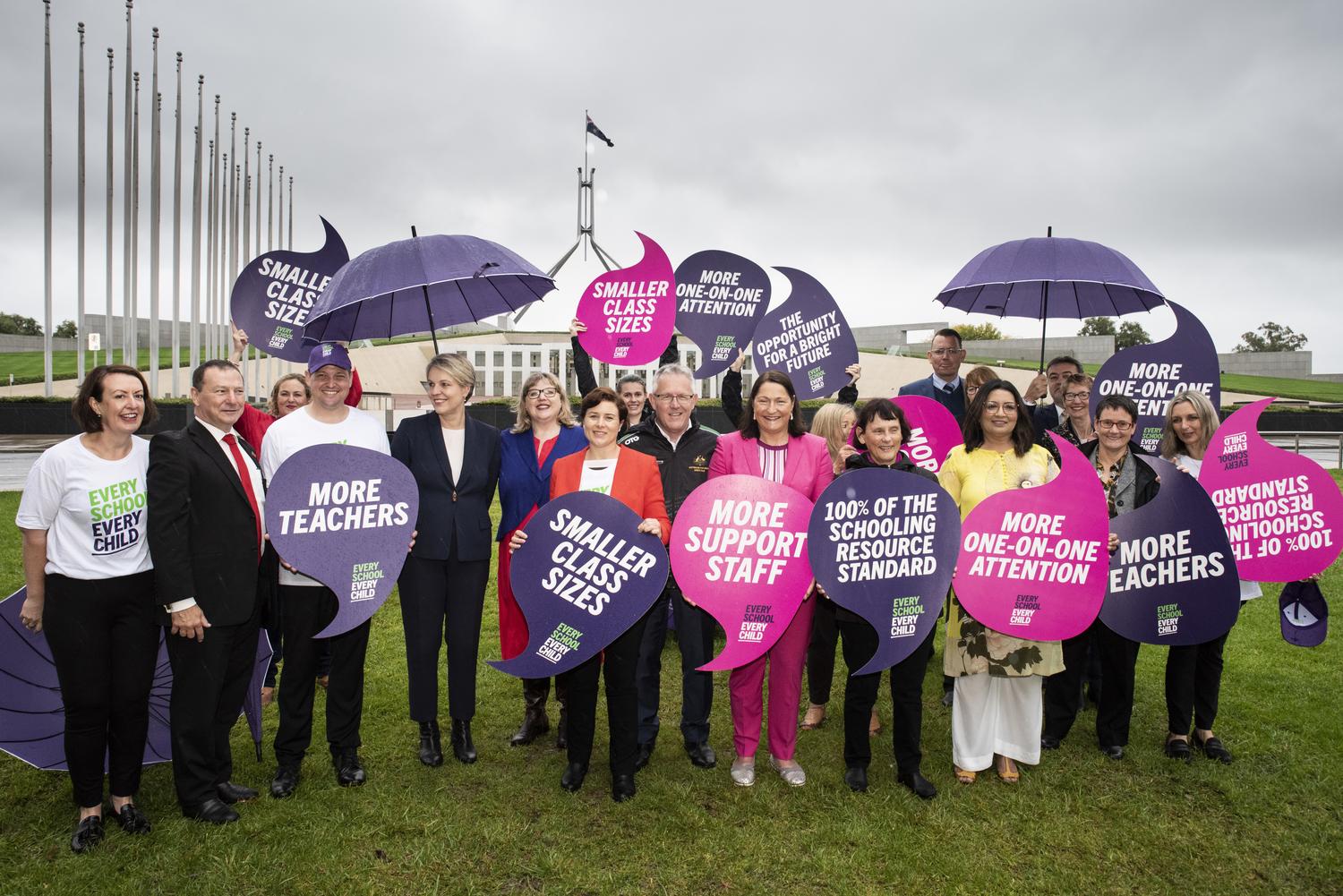 Rorris says a particularly troubling aspect of under-investment in public school facilities is that it tends to be most deficient in areas where it is needed most. For example, in lower socioeconomic regions or in schools with high numbers of students with disability.

More than 70 per cent of students with disability attend public schools and, with rising enrolments, many schools urgently need new or improved facilities that are fit-for-purpose.

At the South Australian School for Vision Impaired (SASVI) in Adelaide, the gym is the size of a small classroom, says physical education teacher Andrew Whisson.

Despite the inadequate facilities, the school has built a strong sporting and athletic tradition. One former student is Paralympian Kieran Modra, a swimmer and tandem cyclist who won a swag of medals at eight Paralympic Games and the 2014 Glasgow Commonwealth Games.

Some of the program’s juniors are in line for national selection, says Whisson. “But our gym is less than a full-sized badminton court, so we can’t even fit one blind tennis court in there. It’s also a concrete box. The concrete echoes and the kids track the balls audibly.” Whisson says the school is forced to hire a full-size gym and tennis courts but it’s not an ideal solution. The tennis courts are outdoors but blind tennis is usually played indoors away from glare. And the gym belongs to a nearby school, meaning that access is limited for SASVI students.

Rorris recommends federal, state and territory governments stop providing capital investment to private schools, and that they instead direct these funds toward rectifying the $3.8 billion capital investment gap in public schools.

Rorris finds that this change could return more than $5 billion a year in the long term in improved educational outcomes. He recommends greater co-ordination among school communities to identify critical infrastructure gaps in schools and that modern monitoring and reporting systems be used to quickly draw attention to problems with facilities. He also recommends that schools facilities boards be established at regional and state levels, with the active participation of teachers, parents and students.

“The decades-long neglect of Australian public schools has been facilitated by the effective absence of accountability towards the community members who need and use these facilities,” says Rorris.

“Bureaucratic systems prevent this neglect from being communicated and thereby block demands for effective and efficient investment in schools.”

“The democratic participation of teachers, parents and students in the oversight of school facilities can give voice to reasonable demands for justice and equity across all school systems.”