The coalition has foreshadowed a dangerous assault on public education.

Did federal education minister Alan Tudge launch a new assault on state education even as he declared the old funding wars “over”?

The minister has spent recent months delivering speeches that foreshadow an alarming right-wing agenda, which the Liberal–National coalition could take to the next federal election.

Tudge has argued that standards in Australian schools are declining despite growing budgets, that public schools have done the best of any sector out of his government’s largesse, and that there is no link between standards and funding.

The next federal election, due within 12 months, will be critical for government schools. The bilateral funding agreements between Canberra and the states and territories expire at the end of 2023, and new agreements must be struck – agreements that will be shaped by the agenda and priorities of the federal government.

“I think the minister has foreshadowed a post-election agenda and it’s a very dangerous one,” AEU federal president Correna Haythorpe says. “If the Liberals are in charge when the next agreements are negotiated, their reform agenda will escalate workloads and undermine trust in the teaching profession.” 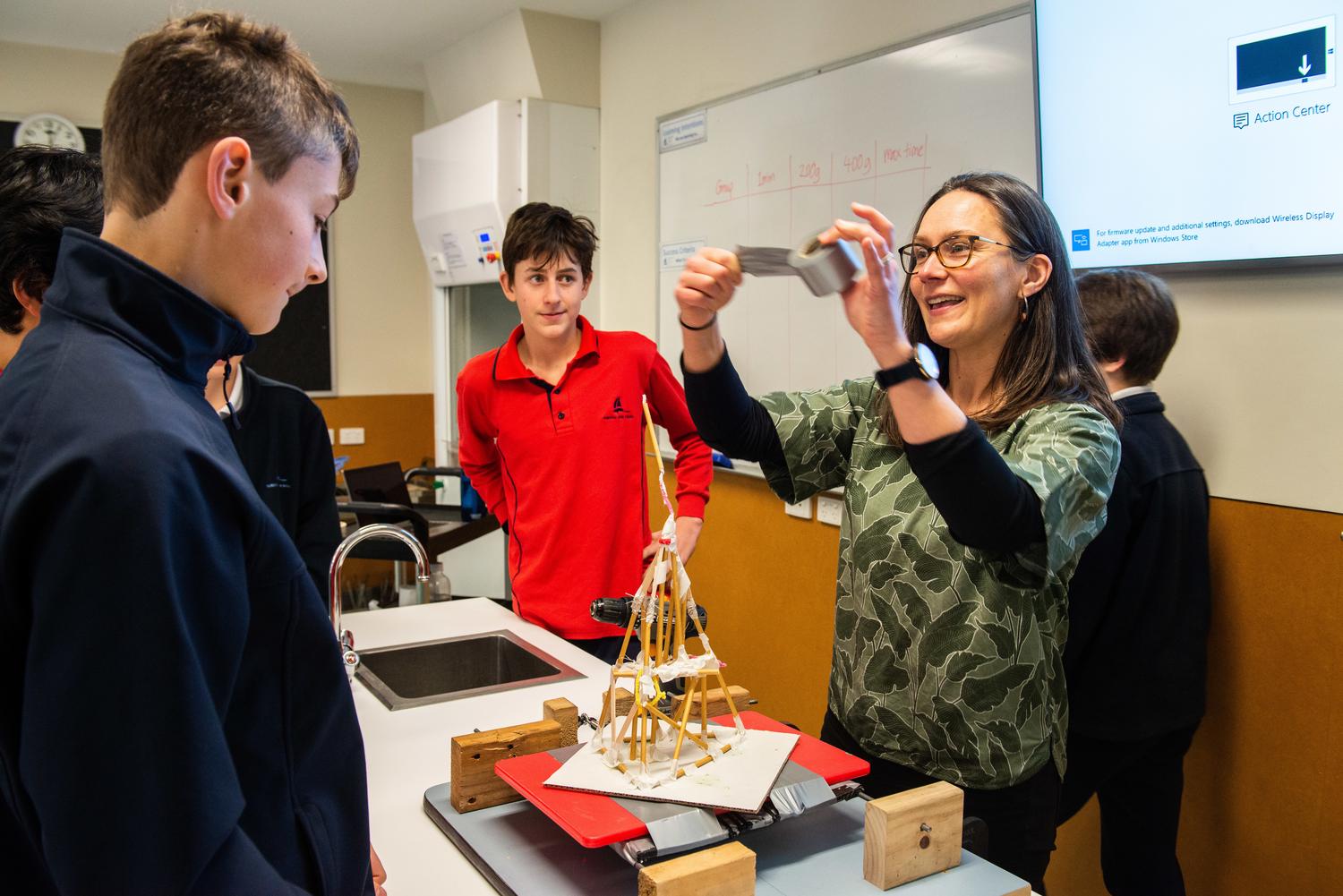 The seeds of his agenda can be seen in his nods to the United Kingdom – specifically England – for its apparent turnaround in standards despite a 10 per cent cut to school funding in the past decade.

Tudge’s references to a UK success story will have brought gasps of disbelief from teachers in England who have seen their wages cut and class sizes climb since the Conservatives came to power in 2010. The “austerity” regime the Tories introduced, coupled with quasi-privatisation and centralisation, have devastated the profession, reminding us of what funding cuts can mean in education: less pay, fewer teachers – or both.

Mary Bousted, joint general secretary of the UK’s National Education Union, says there has been a “pernicious decline” of about 10 per cent in education funding.

“We’ve seen class sizes rise – they’re now the highest that they’ve been in over 20 years – and we’ve seen teachers leaving the profession because of the stress and overwork," she says.

“Schools with predominately disadvantaged intakes are finding it much more difficult to recruit and retain teachers. In particular, they’re finding it almost impossible to find teachers in STEM (science, technology, engineering and maths) subjects.

“If you’re a pupil born into a disadvantaged home you are more likely to be taught by a teacher not qualified in the subject they’re teaching, and by an inexperienced teacher.

“So the educational attainment gap [between the least and most disadvantaged students], which was closing, is now widening again. That is compounded by increasing child poverty – in an average class of 30, nine students will be poor.”

Meanwhile, UK schools have a £12 billion (A$21 billion) backlog of repairs after the Tories cancelled the previous government’s ambitious school building program.

That may strike a chord with members in Australia’s public schools. Research for the AEU by education economist Adam Rorris found private schools massively outspent public schools on infrastructure, despite educating only about half as many students and only a small proportion from disadvantaged backgrounds.

If governments had spent as much per student on capital works as private schools over the decade to 2018, an extra $29.6 billion would have been invested in school buildings, or $12,450 per student.

So how have the Brits done so well? The answer is … they haven’t.

Minister Tudge’s comparison was based on the most recent PISA (Programme for International Student Assessment) results conducted by the OECD. PISA is generally considered high standard, and the use of sample testing to assess a school system’s health is one the AEU would like to see replace NAPLAN.

But in Britain’s case its results were less than reliable. As Professor John Jerrim of University College London argues in a trenchant new paper, the UK should have been excluded from PISA 2018’s results for breaching several requirements, and this inflated its scores.

Only 72 per cent of sampled schools took part, well below the PISA requirement of 85 per cent. About 40 per cent of the target school population did not participate – one of the lowest rates of participation in the OECD – and the sample significantly underrepresented low-achieving students.

Jerrim concludes: “The OECD needs to reconsider its technical standards, the strictness with which these are applied, and its data adjudication processes.”

Bousted says that educational outcomes in the UK have been pretty flat, and the Government is now receiving a backlash from employers over the number of students leaving school without the skills they need.

“From a very centralised government, we have a new curriculum that’s based on knowledge acquisition and timed exams. It’s a tired and failed assessment system. We’ve had the CBI (Confederation of British Industry) saying what we need in young people is the ability to communicate, to discern, to collaborate, to innovate – and a route march through potted knowledge just isn’t going to give that.

“The fact we’ve just stood still educationally is indicative that we have the wrong curriculum and the wrong assessment system, and we haven’t been funding our schools properly,” Bousted says.

Tudge has been quick to trash talk Australia’s educational performance, claiming PISA shows a precipitous decline that puts us at a disadvantage against our international competitors.

But, while PISA is a snapshot of Year 10, NAPLAN results for both primary and secondary students and Year 12 results paint a picture of generally steady outcomes over the past decade and some improvement.

The disconnect was even more obvious when Tudge took to the podium at a conference in March to declare the funding wars over and to trumpet the astonishing amounts of money that were now flowing into education.

Federal money is flowing into education, but not to where it is needed. It will be another eight years before Australian public school systems reach 95 per cent of the funding that the federal government says is the minimum they need.

By then, students who started prep in the early days of this Liberal–National government will have graduated, having never seen their education fully funded.

Tudge’s speech, available on the ministerial website, was a masterpiece of misdirection. In a few short sentences, he mixed real term and cash figures, percentages and dollar sums, federal and total funding; spliced sectors, shuffled time periods and threw around global figures rather than the more meaningful per capita funding. Fortunately, figures are available that tell the truth. 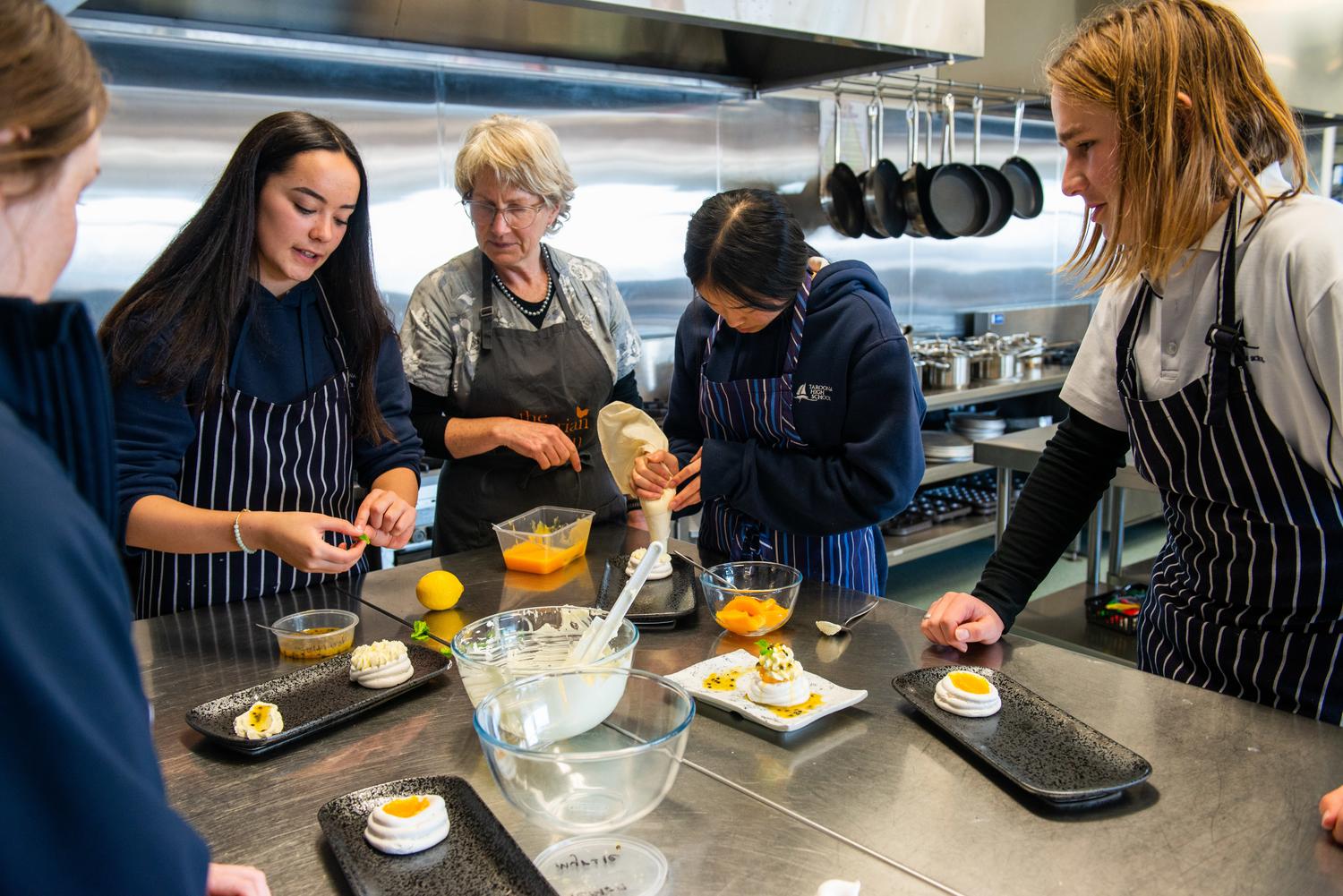 Former Productivity Commission economist Trevor Cobbold of Save Our Schools says that over the past decade, private school income has increased six to eight times that of public schools.

“One of the big problems in the past couple of years is that the really big increases are going to private schools outside of the model,” Cobbold says.

As Adam Rorris notes in his report, The Schooling Resource Standard in Australia, every private school will be funded above its SRS by 2022, while government schools must wait until 2029 to reach 95 per cent. Private schools enjoy a floor under their funding, while public schools have a ceiling over theirs.

With the next election so close, the AEU will demand proper commitments from political parties to provide 100 per cent of the SRS, the end to the Commonwealth’s 20 per cent cap on contributions to public schools, and a major capital works program.

Politicians must step up

“We need all politicians to understand the importance of this issue. The ALP needs to be prominent in this space and, at the moment, they’re not,” Correna Haythorpe says.

“It’s abhorrent that we deliver so much money to the richest, most privileged schools when there is such great need in public schools right across the country.”

While Tudge’s agenda remains unclear – and nothing that might frighten the horses is likely to be announced before polling day – clues might lie in his background.

While saying there are “no silver bullets” for raising standards, he arrived in politics having worked on two programs notable for offering just that: Teach for Australia, and Noel Pearson’s Cape York Institute, which imported the script-based Direct Instruction teaching program from the US.

No wonder he wants us, as he told Nine media in June, to “move on from the tired ideological debates”.